We must say that we love videos of Hummers conquering challenging terrain with ease. About two months ago, we shared a clip of a yellow Hummer H2 plowing through a solid amount of snow. That was kinda fun, so now we’re back at it again, this time with a video of a black H2 driving down a road almost completely blocked by snow.

The action takes place somewhere in Virginia. The road is covered with at least two feet of snow, though that doesn’t present an issue for the Hummer. On its first pass, the H2 – with all four forward lights ablaze – comes through completely unfazed by the white stuff, flinging snow into the air as the mighty SUV charges past. 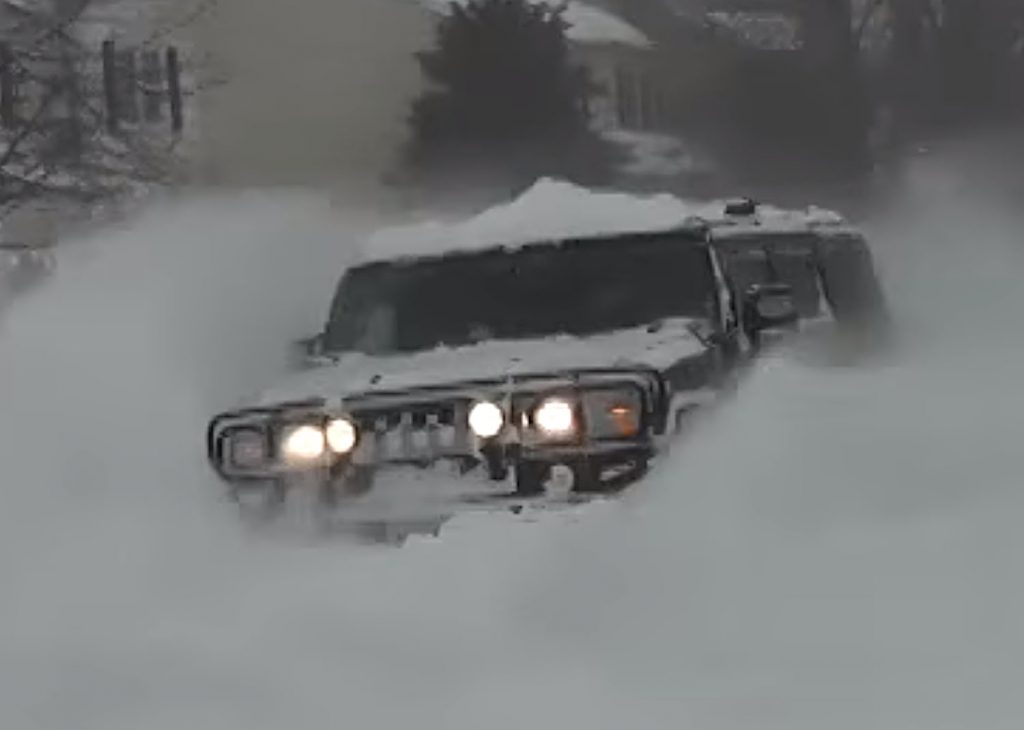 “Can’t even see him in the cloud of snow,” says the camera operator, quite correctly, to her excited child, while the Hummer H2 slides into the next straight and on its way. But the beast soon returns along the same route, performing the same trick with equal drama. “Whoa!” cries the child, no less excited than before.

It’s all quite entertaining, but it inspires some salty remarks among the YouTube commenters, who are known for that kind of thing. Some point out that other SUVs could do this too, and of course they could – but the Hummer H2 has a majesty that hardly any SUVs share. 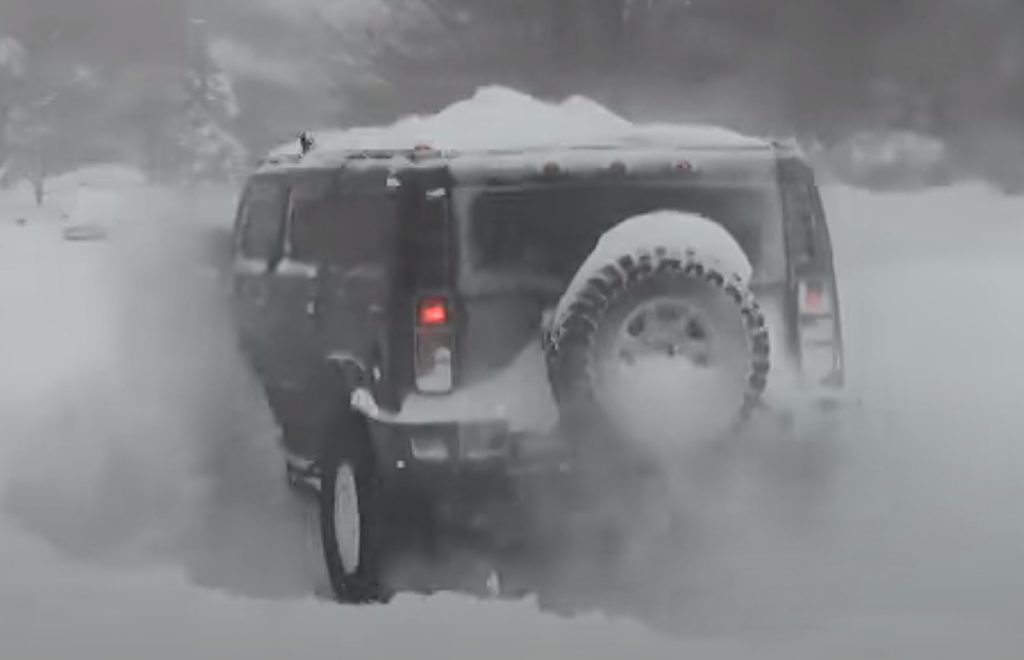 There is also a comment that the Hummer H2 is really just a Chevrolet Suburban with a different body. And while it’s true that the H2 and the 2000-2006 Suburban, along with many other body-on-frame GM vehicles, were based on the same general GMT800 platform, that’s just about as relevant as claiming that a raccoon is really just a bison with a different body because they’re both mammals. (To be fair, the person who made this comment probably knew this and was just trolling for responses, which s/he received aplenty.)

In any event, watch and enjoy the beastly Hummer H2 plow through the snow like a boss.

Stay tuned to HummerNation.com to make sure you don’t miss any news about old or new Hummers. And remember to join our Hummer Forum to share your questions, thoughts, and advice with fellow Hummer enthusiasts from around the world. 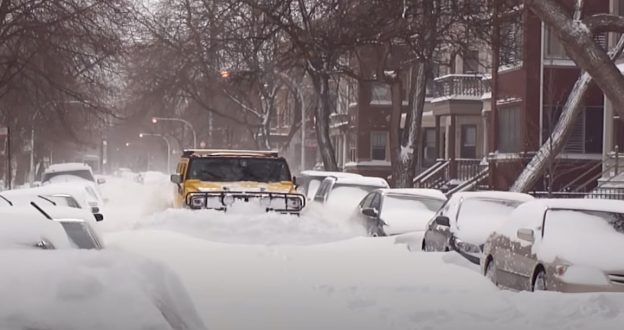 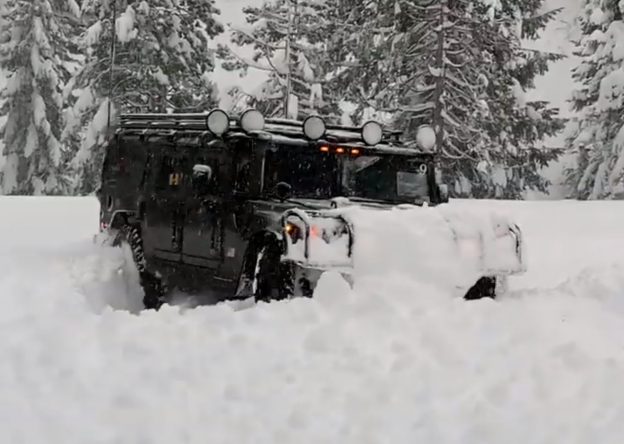